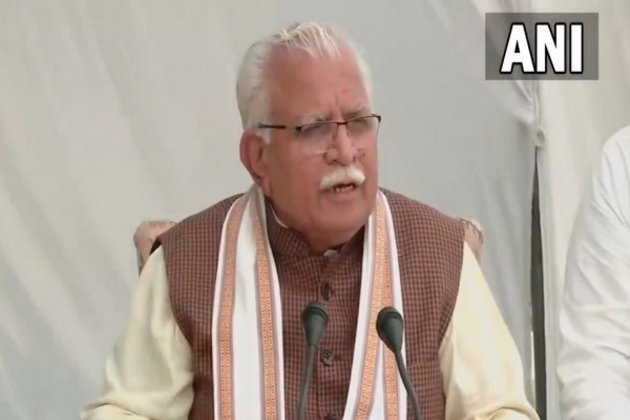 According to sources close to the developments, Khattar will meet the Prime Minister at 10.30 am in Delhi.

Notably, this meeting comes days after the Centre announced to repeal three farm laws and ahead of Samyukt Kisan Morcha's call for a nationwide protest to mark the first anniversary of the farmers' movement on November 26.

Moreover, Bharatiya Kisan Union (BKU) leader Rakesh Tikait had earlier said that 60 tractors will head to the Parliament in the national capital on November 29 as a part of the tractor march to press for a statutory guarantee of minimum support price (MSP) for crops among other things.

Last week, the Prime Minister said that the Centre will bring necessary bills in the winter session of Parliament beginning later this month. The Prime Minister had also announced that the government will constitute a committee to work on a new framework for Minimum Support Price (MSP).

Farmers have been protesting against the government's three farm laws since the Centre had passed the laws in 2020.

The Farm Laws Repeal Bill, 2021 has been listed for introduction and passage. It is among 26 new bills on the agenda of the government.

Meanwhile, Samyukt Kisan Morcha (SKM), an umbrella body of farmer unions, in an official statement had said, "Preparations are underway for marking November 26, 2021, on the completion of 12 long and continuous months of struggle by lakhs of farmers in India - Thousands of farmers are expected to come to the morcha sites on that day around Delhi."It further stated that on November 26, "partial victory" of the movement will be celebrated, and will emphasise on the remaining demands.

It also said that a "Maha Dharna" is happening in Hyderabad on November 25 to mark the first anniversary of the farmers' protests at Delhi's borders. "Several SKM leaders will join the event. Leaders of several trade unions and other mass organisations will also be participating in the Maha Dharna," SKM said. (ANI)