After several leaders quit Congress, KC Venugopal questions those who want to weaken the opposition 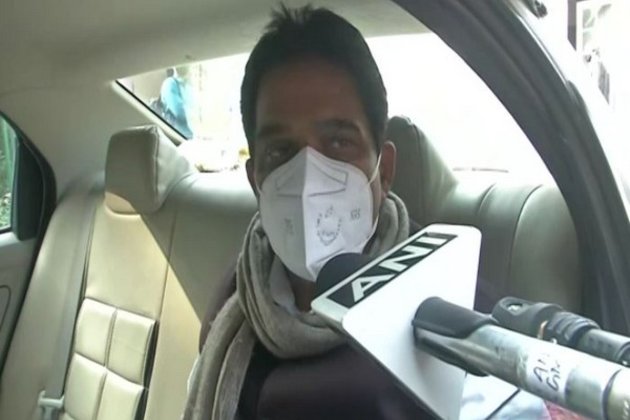 New Delhi [India], November 25 (ANI): After several Congress leaders quit the party, Congress general secretary KC Venugopal said theirs is the only national party that is opposing the anti-people central government and asked if someone wants to weaken the Opposition, what benefit will they get.

In the light of several Congress leaders quitting the party, Venugopal on Wednesday said this "exodus has become a drama."Speaking to ANI on Congress leaders joining TMC, Venugopal said, "Some people are not bothered about the general sentiments and sorrows caused by the actions and policies of the Central government. All over India, we are working in the field. Our party is fighting against the BJP. We believe that our party is the only national party that is opposing the Centre all over India."The Congress leader said, "If somebody is taking someone from here to there, it does not matter at all. Some people think that they can destroy Congress. This will not happen at all. Our motive is clear: to fight against this anti-people and anti-poor government. We will fight with sincerity.""If you want to attack BJP, you can attack BJP. If you want to weaken the Opposition, what benefit will you get? Exodus has become a drama," he said.

Upon being asked about the Centre's decision to repeal farm laws, Venugopal said, "800 farmers lost lives. Farmers are in distress. What compensation is the Centre going to provide? Will new legislation on MSP be passed? We need clarity on this."On November 23, Cricketer-turned-politician and Congress leader Kirti Azad joined Trinamool Congress (TMC) in the presence of party supremo and West Bengal Chief Minister Mamata Banerjee here.

Earlier this month, three Rajasthan ministers, who were Congress leaders had resigned from their posts following differences between the party.