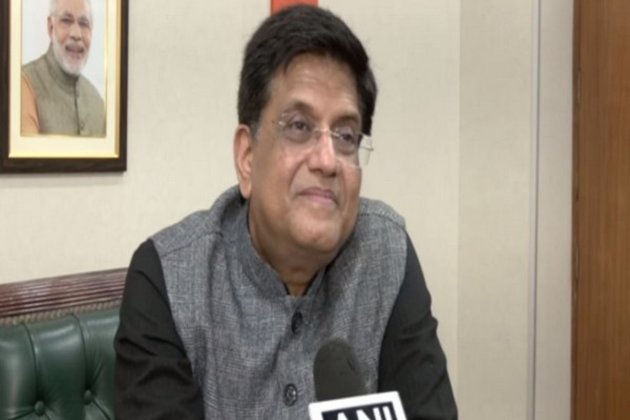 New Delhi [India], November 24 (ANI): Union Minister of Commerce and Industry Piyush Goyal on Wednesday lauded the cabinet for approving extension of the Pradhan Mantri Garib Kalyan Anna Yojana (PMGKAY) till March 2022 and said that Prime Minister Narendra Modi has ensured that everybody who is in need gets an adequate quantity of food during the COVID-19 pandemic.

Speaking to ANI, Goyal said, "Prime Minister ensured that the poor, the lower-middle-class families, get 5 kg of food grain either rice or wheat free of cost for almost 19 months at a cost of Rs 2,60,000 crores. About 760 lakh tonnes of food grain would have been distributed to 80 crore people in this period. And this is other than the National Food Security programme. So in a way, the world's largest food security programme ensured that during the COVID 19 pandemic, everybody who is in need gets an adequate quantity of food. We take care of the needs of our people," he said.

Asked about the global response to the programme of the government, he said that the programme has created the image of Prime Minister Modi as that of a sensitive leader.

"When I talk about this programme in any of the international forums like we met at the G-20 summit in Rome or I keep holding meetings with different leaders of the world, I would like to tell you that in the world, the image that is created of Prime Minister Narendra Modi is that of a sensitive leader who cares for the poor. This is a big achievement in its own manner. A message has gone to the world that a developing world that does not have many resources can also spend more than Rs 2,50,000 crore to feed 80 crore population for 19 months," he said.

Talking about the process of the implementation of the PMGKAY scheme throughout the country, the minister said that the linkage of the Aadhar with the food security programme has helped in the transparent distribution of the grains to needy people.

"The beneficiary goes to take his grains from the shop. His biometric checking is done. Because of the linkage with Aadhar, the record is centrally monitored, so there is a lot of transparency in the whole distribution process. It also benefited the workers who work outside their native place where they can buy grains from their place of work," he told ANI.

The Union Cabinet on Wednesday approved the extension of Pradhan Mantri Garib Kalyan Anna Yojana (PMGKAY-Phase V) for four months: from December this year till March 2022.

It entails providing 5 kg foodgrains per person per month, over and above the regular monthly NFSA foodgrains.

Addressing the media after a meeting of the union cabinet, Information and Broadcasting Minister Anurag Thakur said the total outgo in terms of foodgrains for PMGKAY Phase V is likely to be about 163 LMT. (ANI)