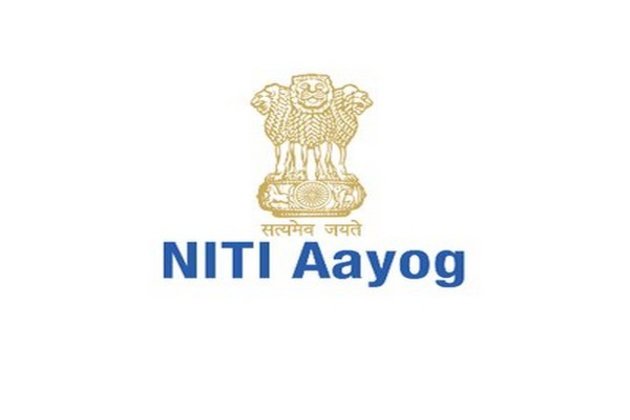 The Discussion Paper can be accessed on the NITI Aayog website.

As per an official release, the Discussion Paper has been prepared by NITI Aayog, in consultation with eminent experts in the field of finance, technology and law and based on inter-ministerial consultations.

"India has made rapid strides towards enabling financial inclusion catalyzed by Pradhan Mantri Jan Dhan Yojana (PMJDY) and India stack. However, credit penetration remains a public policy challenge, especially for the nation's 63 million odd MSMEs that contribute approximately 30 per cent to the Gross Domestic Product, about 45 per cent to manufacturing output, more than 40 per cent of exports, while creating employment for a significant section of the population, which in terms of volume stands next to agricultural sector. This is hindering the development of a conducive business environment for expansion of the MSME sector," read the release.

"Over the past few years, with the help of unprecedented level of technology-led digitization and digital disruption heralded by Jan Dan-Aadhar-Mobile (JAM) trinity, biometric Aadhar system etc., financial inclusion has become a viable reality for the citizens of India. This has been furthered by the Unified Payments Interface (UPI) which has witnessed extraordinary adoption. UPI recorded over 4.2 billion transactions worth over Rs 7.7 trillion in just October 2021," it added.

The release further informed that the platform approach taken by the government in conceptualizing UPI has resulted in valuable payments products being developed on top of it, as a result of which payments can be made with the click of a mobile phone not just at retail outlets but also peer to peer, completely redefining the way in which money is transferred between individuals. A "whole of India approach" towards financial inclusion has also resulted in Direct Benefit Transfer (DBT) through apps such as PM-KISAN and extending microcredit facility to street vendors through PM-SVANIDHI apps.

In parallel, India has also taken steps towards operationalizing its own version of "Open banking" through the Account Aggregator ("AA") regulatory framework enacted by the RBI. Once commercially deployed, the AA framework is envisaged to catalyse credit deepening among groups that have hitherto been under-served.

The success that India has witnessed on the retail payments and credit front, has failed to replicate when it comes to the payments and credit needs of its micro, small and medium businesses. The current credit gap and the business and policy constraints reveal a need for leveraging technology effectively to cater to the needs of this segment and bring them further within the formal financial fold, said the release.

The discussion paper makes a case and offers a template and roadmap for a Digital Bank licensing and regulatory regime for India.

The Discussion Paper also recommends regulatory innovations such as Digital Bank license that hold the promise of solving for as well as mitigating the financial deepening challenges faced. The paper starts by defining the concept of "Digital Bank" and points out the promise it holds while mapping the prevalent business models. It goes on to highlight the challenges presented by the "partnership model" of neo-banking that has emerged in India as a function of a regulatory vacuum and the absence of a Digital Bank license. (ANI)