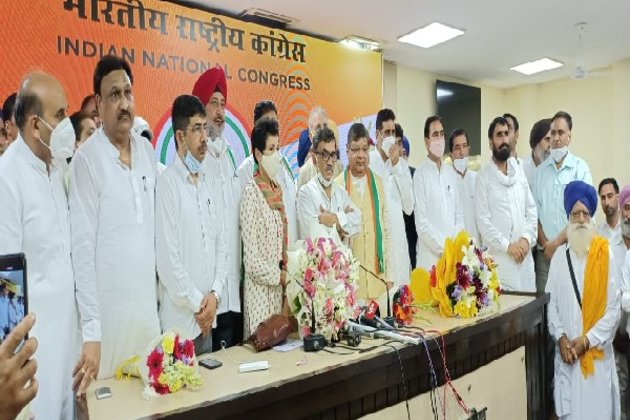 They joined the Congress at Congress headquarters in presence of Haryana Congress chief Kumari Selja and party in-charge in state Vivek Bansal.

Selja said the three leaders had joined Congress showing faith in its ideology.

"Today people have a lot of hopes from the Congress party. In Haryana, we are constantly raising many issues. We have been raising our voice against the anti-people policies of the government," she said.

"Today, the farmers and labourers are sitting on the street. What happened in Karnal? This government can only give lathi-charge to farmers," she added.

Bansal said there is growing resentment against the rule of BJP-led government in Haryana. (ANI)